A mountainous area, ranging in altitude from 2,320 to 6,816 meters, Kinnaur is one of the smallest districts in India by population. It is famous for the Kinner Kailash, a mountain sacred to Hindus, close to the Tibetan border.Most of the hotels in Kinnaur are closed in winters due to heavy snowfall.The period of snowfall is from december to february. 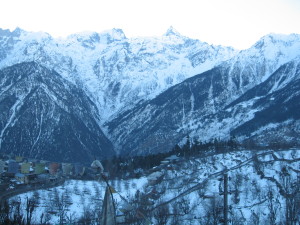 view from one of the hotels in kinnaur, during winters

Most of Kinnaur enjoys a temperate climate due to its high elevation, with long winters from October to May, and short summers from June to September. The lower parts of the Sutlej Valley and the Baspa Valley receive monsoon rains. The upper areas of the valleys fall mainly in the rain-shadow area. These areas are considered to be arid regions, similar to the climate of Tibet.The hotels in kinnaur remain closed from december to february following the lack of water and irregular electric supply.Kinnaur has three main torist attractions namely Kalpa,Sangla valley and Nako.All these destinations are located at great heights so they recieve a snowfall of even more than 80 ft throughout the season.That is the reason of the 8 month short season of the hotels in Kinnaur. 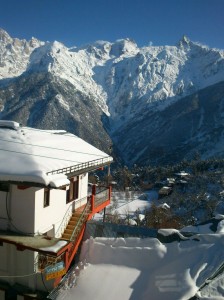 another view of one of the hotels in kinnaur,kalpa

Due to the Geographical conditions Kinnaur has long winter from October to May (the snowy season) and Summer from June to September. From April to May is Spring and September to October is Autumn.The best hotels in kinnaur can be located in the Kalpa region . Only the Baspa valley, lower region of the Satluj valley and the area south of the Great Himalaya receives monsoon rains, while in the upper areas monsoon showers progressively decreases.Almost all the hotels in kinnaur are now closed due to heavy snowfalland shall reopen in mid march. 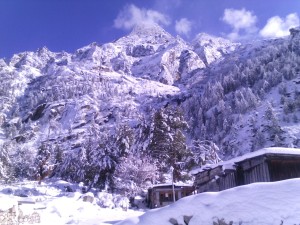