Kinnaur – the Land of Gods – Himachal Pradesh is surrounded by the Tibet to the east, in the northeast corner of Himachal Pradesh, about 235 kms from Shimla is a tremendously beautiful district having the three high mountains ranges i.e. Zanskar, Greater Himalayas and Dhauladhar, enclosing valleys of Sutlej, Spiti, Baspa and their tributaries. All the valleys are strikingly beautiful. The slopes are covered with thick wood, orchards, fields and picturesque hamlets. The much religious Shivlinga lies at the peak of Kinner Kailash mountain. The beautiful district was opened for the outsiders in 1989. The old Hindustan-Tibet road passes through the Kinnaur valley along the bank of river Sutlej and finally enters Tibet at Shipki La Pass. And it is not only the scenic beauty which appeals to the young and old alike but also the life styles of the people, their culture, heritage, customs and traditions. 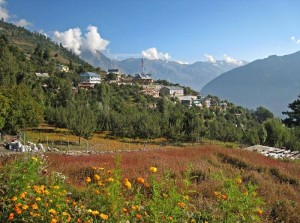 The much honest people of Kinnaur – the Land of Gods – Himachal Pradesh which have strong culture and beliefs generally follow the Buddhism and Hinduism believe that the Pandavas came and resided in the land while in the exile. In the ancient mythology the people of Kinnaur are known as Kinners, the halfway between men and gods. Thousands years old monasteries still exist in the area. Both the Buddhists and Hindus live in perfect harmony symbolising the traditional brotherhood and  friendship of the people of both the faiths

.
The apples, chilgoza and other dry fruits are grown in Kinnaur – the Land of Gods – Himachal Pradesh are world famous. The high terrain here give way to great adventures sports of all kinds. Beautiful trekking routes includes the ‘Parikarma of Kinner Kailash’. Here is also the Beautiful Nako lake and three famous wild life sanctuaries.

Kinnaur – the Land of Gods – Himachal Pradesh is a beautiful district to visit. Great natural scenes, rivers, valleys, high mountains, lakes and green pastures creates a mesmerising scenes for tourists.Best time to visit the district is from April to October

Weather during the year

Due to the Geographical conditions Kinnaur – the Land of Gods – Himachal Pradesh has long winter from October to May (the snowy season) and Summer from June to September. From April to May is Spring and September to October is Autumn. Only the Baspa valley, lower region of the Satluj valley and the area south of the Great Himalaya receives monsoon rains, while in the upper areas monsoon showers progressively.

Kinnaur is famous for its Handloom and Handicraft items like shawls, caps, mufflers, article of wood carving, metal work and silver & gold ornaments . Kinnaur is also famous for apples, almonds, chilgoza, ogla, apricots and grapes.There are many wholesale shops at Kalpa, Reckong Peo, Karchham, Tapri etc. Besides this the co-operative societies, small production-cum-training centres and Khadi gram udyog centres are looking after the local products like gudmas, shawls,wool, neoza, zira, etc. Also there are many retail price shops in every village. Local fairs, mela and festivals are the main source of shopping. 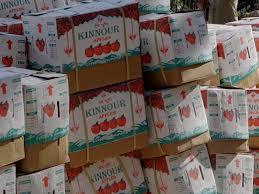 Kinnaur has tremendous scope of adventure tourism. There are manytrekking routes in the district.

Ski slopes are available at Kalpa and rock climbing can also be started in this district. Walking has been a means of recreation and physical fitness. Trekking is essentially walking. In ancient times people walked through the dense., untouched forests and they walked across unknown passes and mountains in search of grazing grounds and game. Numerous passes connect the two valleys across the range. These passes have legends and even today they are mysterious, challenging and revealing to the world. The valleys have some of the most interesting meadows, view points, lakes and lush green pastures to add to its beauty and mystery. Chir, deodar, blue pine, rhododendrons and junipers covers its slopes up to 11,500 fts. numerous tiny colourful birds dwell in the forest.

The information regarding tourism can be gathered from the Tourist Information centre located at Deputy Commissioner Office, Recong Peo

Permits for Foreigners
Permits for foreigners visiting Kinnaur are available from the various Offices. These offices include the office of MHA Govt of HP;DM Concerened/ITBP/Spl. Commissioner (Tourism), Govt. of HP/ Resident Commissioner HP,Delhi/DGP,HP,Shimla. The places open for tourists under PAP include Poo, Khab, Sumdo, Dhankar, Tabo Gompa, Kaza, Moorang, Dabling.

The general guidelines include:

The PAP is valid for group tourists consisting of four or more persons only.
The tour needs to be sponsored by recogonised Indian Tourist Agency