From the mighty Himalayan peaks, pristine North East to the tropical beaches of the Andamans and Lakshadweep or even the Nilgiris – inscribed by UNESCO as World Heritage Site, there is no dearth of options when it comes to choosing summer holiday destinations in India.

Add a twist to your summer holiday destinations with these offbeat ideas.

Chitkul (Chittkul) is a village in Kinnaur district of Himachal Pradesh. It is the last inhabited village near the Indo-China border. The Indian road ends here. During winters, the place mostly remains covered with the snow and the inhabitants move to lower regions of Himachal. Potatoes grown at Chittkul are one of the best in the world and are very costly.

Of particular interest at Chitkul are its houses with either slate or wooden plank roofs, a Buddhist temple and a small tower. However, there has been an increased use of tin-roofs, especially the high school and the army/ITBP barracks.

The Kagyupa temple has a highly valued old image of the Shakyamuni Buddha, a Wheel of Life mandala and four Directional Kings on either side of the door. Chitkul is practically the last point of the famous Kinner Kailash Parikrama as one can hitch a hike from here onwards. 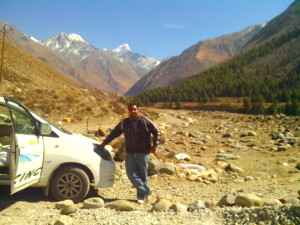 Kalpa is a small town in the Sutlej river valley, above Recong Peo in the Kinnaur district of Himachal Pradesh, Northern India, in the Indian Himalaya. Inhabited by Kinnauri people and famous for its apple orchards. Apples are a major cash-crop for the region. The local inhabitants follow a syncretism of Hinduism and Buddhism, and many temples in Kalpa are dedicated to both Hindu and Buddhist gods and goddesses. The average literacy rate of Kalpa is around 83.75%.All the area of Kalpa enjoys a temperate climate due to its high elevation, with long winters from October to May, and short summers from June to September. During winter time heavy woolens are required when temperature goes below freezing point around -15 degree to – 20 degree. 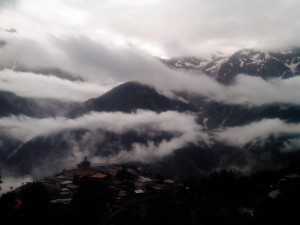 At first glance Rakcham will seem to be a place out from the past – no newspapers, no post office, no internet, no police station, no wine shop, no market – just a couple of shop selling very basic necessities. The place however is blessed with crops, abundant water, and natural beauty. The place is absolutely free of any form of crime. 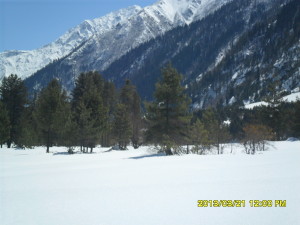 Winter sets around mid-November and snowfall is about 2-5 feet across the valley. A few villagers , normally who do not possess any herds stay in the valley under extreme hardship.

Nako is a village in the Himalayas of northern India. It is located in Kinnaur district in Himachal Pradesh. The area is known for its lake, Nako Lake which forms part of the border of the village. Nako Monastery is located in the village as well as several other Buddhist temples. Located high on a hillside (about 3600m above sea level), it receives tourists during the summer months. 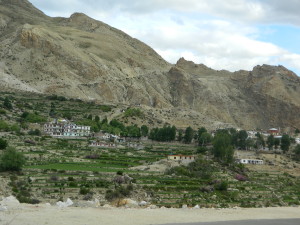 Tabo is a small town in the Lahaul and Spiti district on the banks of the Spiti River in Himachal Pradesh, India. The town lies on the road between Rekong Peo and Kaza (alternative spelling: Kaja), the sub-divisional headquarters of Spiti. The town surrounds a Buddhist monastery which, according to legend, is said to be over a thousand years old. His Holiness the Dalai Lama has expressed his desire to retire to Tabo, since he maintains that the Tabo Monastery is one of the holiest. In 1996, HH the Dalai Lama conducted the Kalachakra initiation ceremony in Tabo, which coincided with the millennium anniversary celebrations of the Tabo monastery. The ceremony was attended by thousands of Buddhists from across the world. Tabo Monastery’s spiritual head is Tsenshap Serkong Rinpoche.

The town of Kaza, Kaze or Kaja is the subdivisional headquarters of the remote Spiti Valley in the Lahaul and Spiti district of the state of Himachal Pradesh in the Western Himalayas of India. Spiti, which is a part of the Lahaul and Spiti district of Himachal, is a high altitude or cold desert having close similarities to the neighbouring Tibet and Ladakh regions in terms of terrain, climate and the Buddhist culture. Kaza, situated along the Spiti River river at an elevation of 3,650 metres (11,980 ft) above mean sea level, is the largest township and commercial center of the valley . 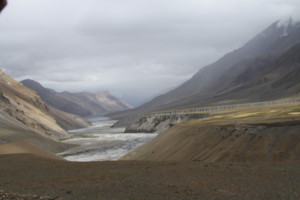